I FINALLY was able to get myself out of bed to get out for a morning run this week. Getting back into that routine has been very rough, but I’m trying my best. 6 miles out to Revere Beach and back. The first three miles were completely brutal, but on my way back things felt a little better even though I was running directly into the wind.

P.S. I learned about FitSnap so you’ll be seeing a lot pics like this now.

Also, I know everyone in Boston is a fan of this Indian Summer we’re having, but I personally think it needs to knock it off and get back to autumn. My run was SO humid. I’m ready for long-sleeve running weather, dang it.

Speaking of which, HAVE YOU GUYS SEEN THE NEW BALANCE BEACON COLLECTION? It’s running gear that literally glows in the dark. It’s not just brightly colored, and it’s not just reflective, IT GLOWS IN THE DARK. This gear has moved to the top of my Christmas list. Such  a genius idea. I’m really into it.

Also, on a glow-in-the-dark related note, Chinatown is actually looking kind of pretty these days with their lanterns up.

But not as pretty as these beauties. Sushi is hands-down my favorite food. And this place in Chinatown is so cheap, so good, and most importantly, BYOB—which makes it one of my favorite places to eat.  Featured here we have: a salmon avocado roll, a spicy tuna roll, and their spicy Red Sox specialty roll. Three of us ate, we got 9 rolls and an order of Edamame, and it was only $68.00. Total steal. 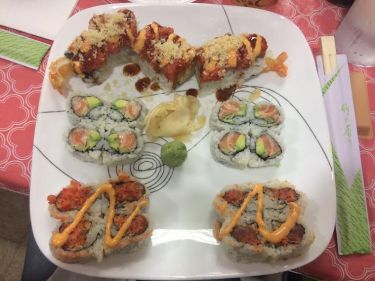 And then last night, I went to another amazing restaurant in Boston and got this for dessert. A chocolate chip skillet cookie. It was even more amazing than it looks.

Thank goodness I’m running again, because I’ve been eating a lot of amazing foods lately. Today though I’m taking the day off and doing BodyPump instead. Then tomorrow S and I are talking about driving out somewhere and running, because we’re both a little sick of our normal route. Plus, it’s supposed to cool off a lot this weekend, thank goodness. Any exciting weekend plans out there?

It’s not surprising that after 12 weeks off, I’m ready to get back into the running game and hit it hard. Mentally, I’m ready to push my limits and train harder than ever before. But my body isn’t quite there yet. Last night I had another 5 miles in the books, and it felt like every step was a struggle. It didn’t help that my foot was feeling a little temperamental after some jumping lunges the night before, but just in general my body was not having it.

I have to continually remind myself that I’ve only been running again for three weeks and that I should be more focused on recovering properly than hitting the paces I hit when I was in the best shape of my life. But it isn’t easy. Along with the rollercoaster that is running: “OMG this was the best run ever, I should try to go pro!” to “This was the absolute worst I’ve ever felt, I should look into new hobbies” I’m in a constant state of paranoia. IS THAT A GOOD PAIN OR A BAD PAIN? SHOULD MY FOOT FEEL THIS WAY? WAIT. IS MY RIGHT FOOT HURTING NOW? WHAT IF I CAN NEVER RUN MORE THAN 5 MILES EVER AGAIN?

Coming back from an injury is really hard, mentally and physically. You never really know when to trust your body, or your mind for that matter. The best you can do is always proceed with caution and do what you can to keep a positive attitude ( I don’t excel at either of those things). If you have any tips on how to come back from an injury, please send them my way.

In the meantime, look how cute Riley is in his new, “comfy cone’ of shame. He’ll hopefully be able to go cone-free starting tomorrow and I think we’re all ready for it. He’s been like our own little Tasmanian devil with it on.

Guys, some very exciting news: I ran 5 miles yesterday! And more importantly, it was the first time I felt comfortable during the whole run. Yes, my foot was still a little stiff after it, but I didn’t taste blood for the first time since I started running again! I’ll call that a success. It was also the first run I’ve done in the dark for quite sometime, and I found it equally enjoyable and unsettling. I’m a little skittish around intersections now (with good reason, I think) and so I was very cautious on my run. But I also like how peaceful it feels to run in the dark, like you’re the only one out there—which is far from the truth in the city of Boston, but it’s still a nice illusion. Here are some other things that have been going on the last couple of days.

Boston had a pretty spectacular sky on Halloween night. 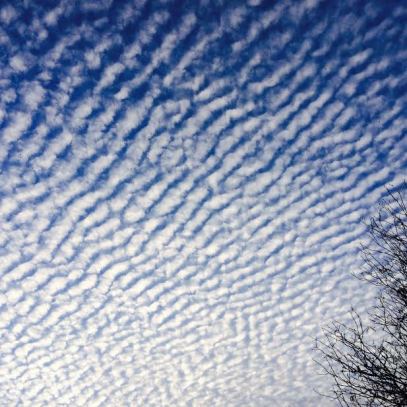 This is what I dressed up as: a girl on a couch drinking quite a bit of wine and eating all the cheese. Not a huge departure from my norm. In case you were curious, this is what $40 worth of cheese and crackers looks like. Don’t worry, I wasn’t the only one there. Though I pretty much cleared out that block of Boursin all by myself. 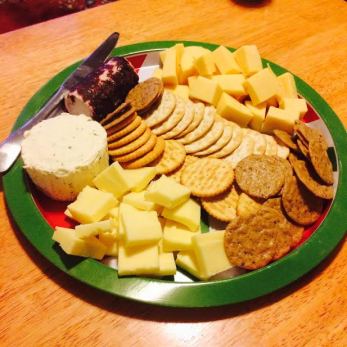 Riley is having a ruff (pun intended) go of it lately. While it was suggested on numerous occasions that we dress him up as a martini, we felt like we’ve traumatized him enough over the last month or so. Between our vacation, being boarded for the first time, and having surgery, we felt like a night of some good R&R was necessary.

Pretty proud of my run yesterday, especially because it felt so good. I’m coming back, slowly but surely! 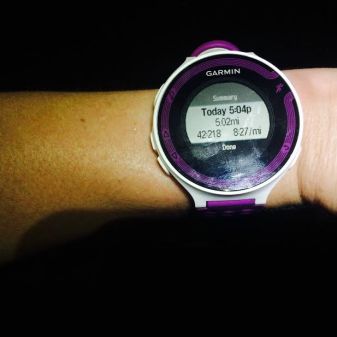 And first run of daylight savings time requires the necessary head gear. I wish New Balance would bring this hat back so I could stop stealing it from S. I have my own version of it from a different brand but it’s not nearly as comfortable.

That’s all for now. Still keeping my runs every other day for another week or so. Then I might start doing two days at a time after that. Just taking it easy and proceeding with extreme caution. Boston training is just around the corner and I have every intention of jumping into that feet first.

Racing Across the Globe, One Adventure at a Time!

Running and Laughing through the Garden State

The Hungry Runner Girl
The Girl Who Ran Everywhere