As I mentioned in previous posts, it was a pretty busy week and we had S’s parents in town. Here are just a few things that happened while they were here!

We finally busted out the Run Fast Eat Slow cookbook. And by “we” I mean S’s mom. She made us this delicious Sausage Minestrone Soup. It was so tasty and so so so filling. Plus we had leftovers for 4+ days after.

It was so cold out last week that I had sweatsicles hanging from my hat a couple of days in a row! Thankfully,  it’s over 60 degrees today! 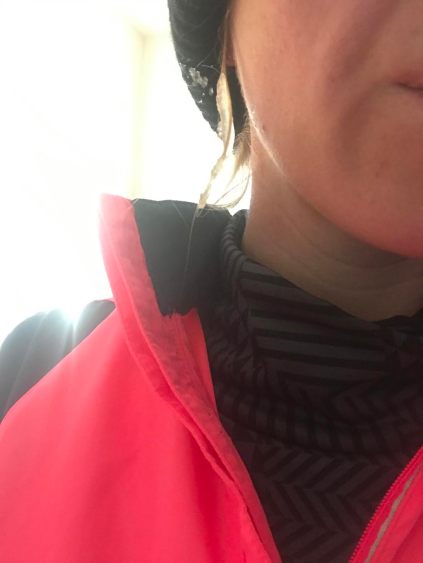 S surprised me with this beauty one day. I swear if there’s ever a Harry Potter themed road race, I will be the FIRST person to sign up. Price is of no concern. 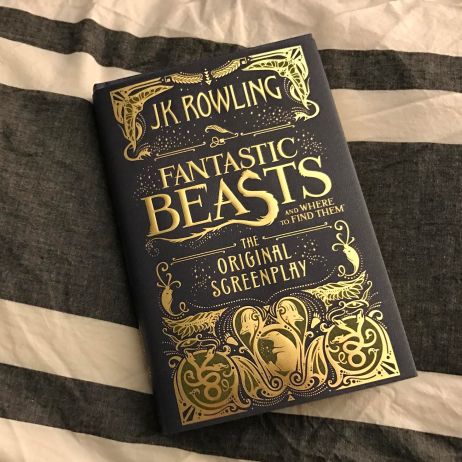 I got some new kicks! The Vazee Prisms v2. I will do a review on them after I get a few more miles in, but so far I’m in love. I think it’s also insane that I was excited about the price. They were ONLY $99.99. I mean, that is quite the steal for running shoes these days.

We celebrated S’s birthday, with a bigggggg freaking steak.

He ate every bite, and was much happier as a result. Might’ve been the wine… 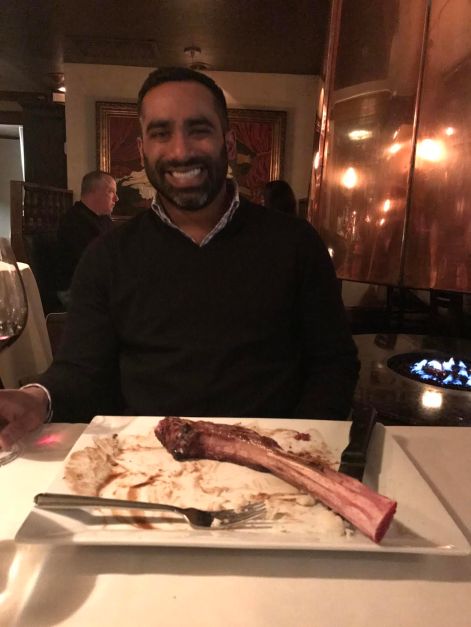 The next day, we went up to Estes to show his parents the best place on earth. It did not disappoint, except it was freaking freezing. This picture was taken just as a huge gust of wind came through and blew snow in all of our faces. It didn’t feel great, despite the smiles.

Once his parents left, I was sure this pile of shoes was going to go down. Not the case. This is what happens when two runners live together. 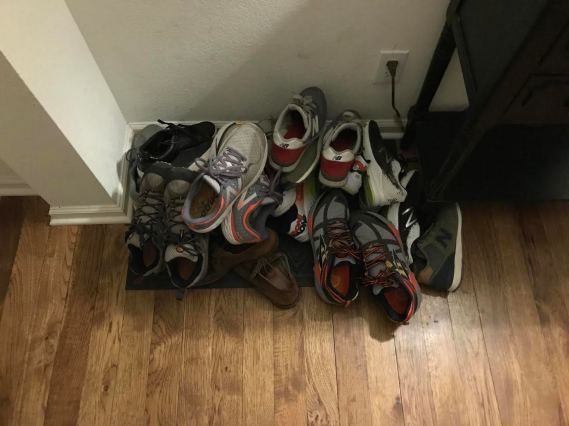 Lastly, my exciting news: I’ve accepted a part-time job at Boulder Running Company! I’ve always wanted to work at a running store so when I saw an open sales position I jumped on it. I’ll be working with their web sales team, amongst other runners, and receiving some pretty sick discounts on running stuff. We’ll see if I ever pocket a paycheck. I get the feeling all of it will be going right back into the store. Stay tuned for some serious fashion shows and pictures of a very well-dressed, albeit financially poor, runner.

The Hungry Runner Girl
The Girl Who Ran Everywhere